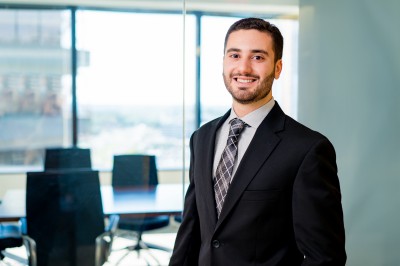 John joined Moore & Lee following his graduation from The George Washington University School of Law.  While a law student, John was a member of the Federal Circuit Bar Journal.  He also served as an intern for the Honorable Lydia Kay Griggsby of the United States Court of Federal Claims and for the Commercial Litigation Branch of the United States Department of Justice.  John worked as a summer associate at Moore & Lee during the summer of 2017.

John is a member of the American Bar Association’s Public Contract Law Section and Litigation Section.