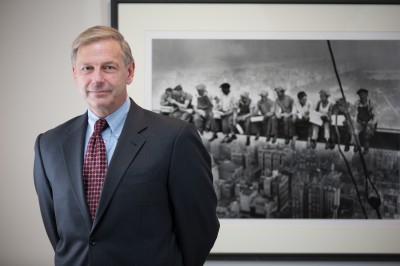 Moore & Lee is honored to be listed in the Chambers Guide to the World’s Leading Lawyers. Chambers, USA, “America’s Leading Lawyers in Business” also lists Mr. Moore as one of the leading lawyers in Construction Law.

Mr. Moore has also been honored by the Virginia Business Magazine as one of its Legal Elite.

Robert M. Moore is a founding partner of Moore & Lee, LLP, a firm that concentrates in all aspects of construction law. Previously, he was a partner in the Government Contracts and Construction Law practice group of the Washington, D.C., office of Morgan Lewis & Bockius. His practice focuses on federal procurement law, government and commercial construction contracts and involves drafting and negotiating domestic and international construction contracts, counseling in contract administration as well as the evaluation and preparation of claims arising under such contracts.

Mr. Moore’s primary practice emphasis, however, has been in the resolution of disputes, including both government and commercial contracts. His government contracts practice includes both bid protests and claims. He has represented government contractors involved in various industries, including weapons systems, translation services, military base and housing constructions and consulting services.

In his commercial construction practice, Mr. Moore has litigated disputes on behalf of owners, contractors, subcontractors and suppliers before federal and state courts throughout the United States, domestic and international arbitration panels. These representations have involved a variety of projects, including power plants, wastewater treatment plants, dams, hospitals and office buildings.

Mr. Moore has lectured on topics such as management of project risk, preparation and defense of claims, international arbitration and the effective presentation of expert witnesses. He has written or co-written articles on government contract and construction law issues, including international dispute resolution, defense of conflicts of interest and problems in contract formation.

Mr. Moore is a member of the American Bar Association’s Public Contract Law Section, the Construction Litigation Committee of the ABA’s Litigation Section and the Construction Law and Public Contracts Sections of the Virginia State Bar. He also served as chair of the Board of Contract Appeals Bar Association’s Trial Preparation and Advocacy in Federal Procurement Program Committee.